Home Customer Support How Does it Feel to be on the Front Line of Customer... 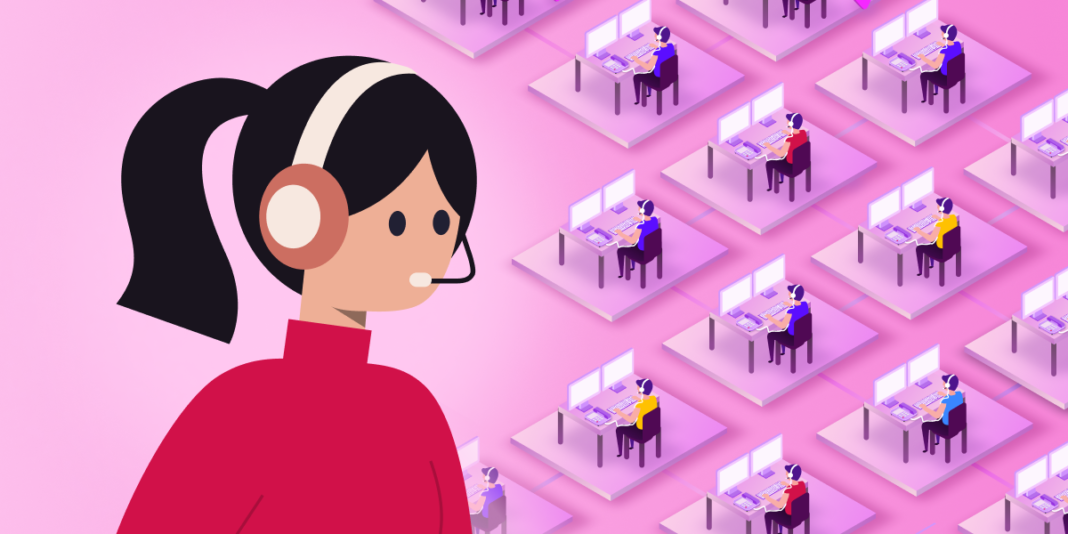 When you’re a leader within a customer service operation, there’s a tendency to think about your people as a “collective.” Your front line team.

That’s only natural. Most of the metrics that you’re measured against are a roll-up of the performance of the entire operation. So it’s easy to fall into the mindset that your job is to “manage a large group of people.”

But it’s important to remember that each person on your team does their primary work solo. When a customer contacts your company, they’re not interacting with your team, they are interacting with just one person.

So, how does it feel to be that one person?

Our front line service employees are not “the front line” in the military sense, but rather they are the individuals at the front of the line to meet the customer and to set the tone for each interaction. But that job is getting harder all the time. Since the more routine customer issues are now solvable in self-service without assistance, the problems that agents are being asked to solve are inherently more complex.

Adding to that complexity: in a disconnected multichannel experience, there is an entire portion of a customer’s experience that the agent doesn’t have access to, they can’t see what the customer is seeing and experiencing–and this “disconnect” often creates stress, frustration and sometimes even anger.

How do you think that feels?

Walk a Mile in THEIR Shoes

Were you aware that there is a field of science that specifically explores the psychology and emotional impact of working in a service environment–one of the leading researchers in this field is New York-based therapist and author Dr. Guy Winch. In his breakthrough piece for Psychology Today titled “The Last Bullying Frontier” he observes that many front line agents feel like they’ve got a red laser-dot pointed at their chests all day long:

Many people who have worked in front line service roles in traditional call center environments for even a few months say the job turned out to be emotionally harder and less rewarding than they’d expected. They often don’t feel valued, they don’t feel their voice is being heard, or when they do give it their all, there’s not enough recognition.

It causes people to quit, or worse–quit trying. And that is the last thing any company needs.

But none of that needs to be true any longer. Agents who are working as part of a digital-first operation are reporting the job feels entirely different.

When companies evolve their service model to the Digital Customer Service (DCS) platform, front line agents can join a customer’s digital interaction in progress and in context–on the customer’s own screen. This enables agents to understand the context of a customer’s issue and literally be “on the same page.” That completely changes the feeling of working on the front line.

Customers are far more appreciative, and an interaction with an agent is a value-added experience, instead of an added burden (which would have occurred if the interaction required an entirely separate phone call in which neither party could see what the other is seeing).

For agents, instead of being thought of as a “customer service rep” the role becomes more like being a teacher–helping customers solve problems in the midst of their digital journeys, and ideally giving them the confidence to solve future issues themselves through digital self-service.

Being on the front line in customer service can be an emotionally-draining experience.  No wonder there’s often such high turnover.

But when companies transform their service operations to DCS, they also transform the role and the lives of all of those individual people who spend their days on the front line for your company. All for the better.