Home Innovation How Banks Can Get a Second Chance With Millennials 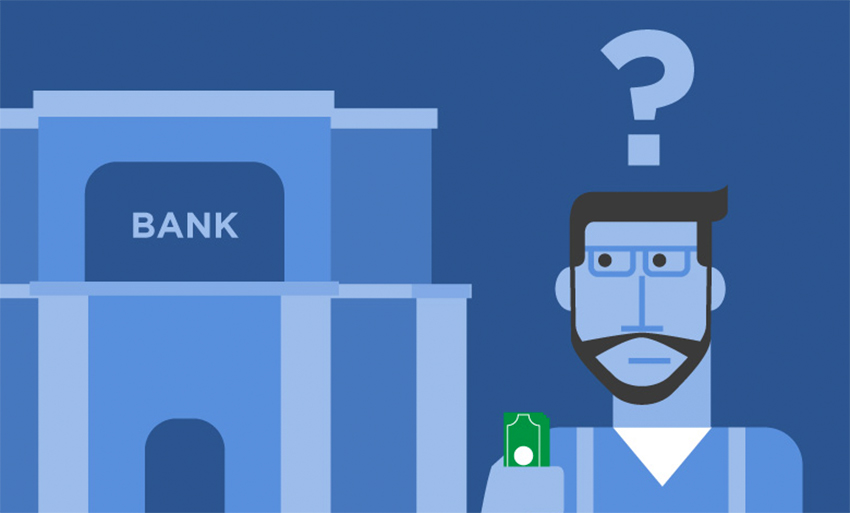 This piece is the third installment in our Reaching A Millennial Audience series.  See part one, here.

That first point, though, about the traditional American Dream?  It has pretty much become a sucker punch for banks across the country.  Last they heard, people wanted to buy a house, a car, and a suburban lifestyle.  Then the millennials came along, and they are so crippled by student debt that all those things have been postponed to later in life.  Bitten once by the Recession, they are twice shy of taking out more loans.  This could be because of a lack of financial literacy.  Or maybe millennials just prefer to use the newest Silicon Valley applications to manage their money instead of letting Wall Street in on the fun.  Regardless, does this mean the end of personal banking?  Is financial technology bringing about Doomsday for big banks?!

What makes a company great is its ability to adapt to changes in the market, and these massive banks that survived the Great Recession clearly have what it takes to make that happen.

It’s back to the basics – banks need to research their new audience to understand them as well as the old one.  It’s time for new consumer personas and reactive marketing.  Basically, it’s time to update the American Dream and adapt accordingly.  A work-life balance with time for hobbies and family is more important than saving obsessively for home ownership.  Traveling the world is on everyone’s bucket list, even when they’re on a tight budget.

Hint 2:  Try Something New and Different

There are too many roadblocks, you say?  The new audience has issues with financial literacy?  The solution is to consider building an online course that caters to their love of the internet and addresses the problem at the same time.  They prefer the new technology?  FinTech is an industry that is gaining traction rapidly and is moving beyond the early adopters.  If you can’t beat them, join them.  Millennials have grown up with the evolution of the wired car phone to the smartphone.  They are used to seeing something new and different, and demand innovation.  If it isn’t very cool or if it doesn’t ‘wow’ them, they’re moving on.

Hint 3:  Keep it Simple, but Not Simplistic

Millennials don’t like walking into branches.  It’s slow and inconvenient.  Banks know this and have made personal banking possible online, but now it’s time to take the next step forward.  We live in an Apple-induced era of simple, functional design.  A menu with 30 options is confusing and time consuming.  A big advantage of FinTech is the inherent simplicity of the applications.  This is much more difficult for banks with a myriad of options and features, but is definitely worth the investment.

So back to the boxes.  Millennials don’t like them, remember?  Maybe they just need to be thrown out altogether so that banks can work with the newer FinTech companies to build something better and more flexible.  Something that redefines the American Dream, makes it possible to innovate continuously, and is easy to use without lacking finesse.

Gratitude and Growth: Taking Digital Customer Service to the Next Level